Now I understand the word “rictus” 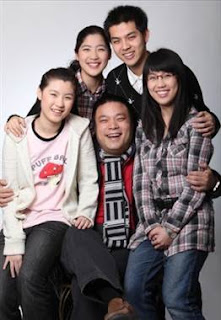 What’s this got to do with nature and play.
Absolutely nothing, for now or the rest of their lives if they’re unlucky.

When I first came to childcare I was doing a practicum at a childcare centre, playing in the sand pit with all the children. A game evolved where they would all help meticulously build a large sandcastle, then each in turn would jump on it and knock it down, a sort of sandpit mandala.

It came to one little girls turn and she just shook her head, didn’t utter a peep, in fact she looked terrified. I later asked and discovered she had a caregiver with a substance problem who would provide a violent response at the slightest provocation. Thus I learned first hand how children will not engage in certain activities if they live in a heightened state of fear and uncertainty.

I had the good luck to be  schooled in Australia when corporal punishment was still considered an integral component of schooling. I was beaten by some of the most devout priests, nuns, and brothers through 13 years (including preschool) of schooling. The only lesson I carried away from that was any form of disagreement equals violence and to be afraid of people in positions of power and deny my own instincts.

I’m aware that for most people the only blueprint we have for parenting is how we were parented, fortunately it doesn’t have to stop there. I have the good luck to be friends with people who have survived the most brutal and deprived upbringings only to create better lives for themselves and their children. In their books, attention to their children, communication and a constant display of unconditional love is more valuable (and useful) than a thousand XBoxes or a million Ipods

In this instance it’s not the fact that corporal punishment appears to be considered normal in China (although it does) or that this parent has chosen it as his mode of parenting (ultimately it’s his choice and deep down (really deep)  I feel sorry for him).

My problem is that he wears it as a badge in an an attempt to make up for having a really tiny …ego  and has cloned his children into what he wants them to be rather than allowing them to discover who they are and what they could be.

Let’s hope they get a chance to take care of him when he’s old and vulnerable.

“Homo homini lupus – Man is a wolf to man”, Platus